American Churches On the Wrong Side of History 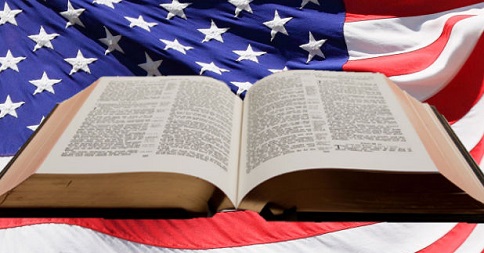 The Supreme Court ruling on same-sex marriage has sent a shockwave through the Christian community. Many are wondering how it came to be that a nation built on the freedom of religion is now forcing people of faith to choose between obeying the government and following their religious convictions. For an answer to that question they need not look further than their own churches.

For several decades, Christians have accepted the premise that politics has no place within the churches. Whether this is rooted in an extreme interpretation of the concept of the separation of church and state or pastors’ aversion to discussing controversial topics, it is a belief that would be unrecognizable to previous generations of Christians. In fact, it is a belief that places many modern churches and their congregations on the wrong side of history.

Last month the 800th anniversary of the Magna Carta was celebrated throughout the English-speaking world. This document is rightfully seen as the seminal document of individual liberty, including that of a free church. What is nearly forgotten is that it would never have been possible without an archbishop named Stephen Langton and his monks in Canterbury. As historian Cyril Robinson would write, “Langston was a man of high courage and large ideas… He understood the barons’ grievances and saw that they were right. So when he backed them, the authority of his name and office won the entire nation to their cause.”

The Magna Carta established in writing the principle that no man, not even a king, was above the law. Unfortunately, history is full of rulers who simply refused to accept that they have limits on their power. One of those was Charles I. After inheriting the English throne in 1625, Charles started taxing his subjects at will, violating the due process of his citizens, and appointing agenda-driven judges who upheld his unconstitutional actions. The famed English poet John Milton wrote at the time that “the Parliament hath no more freedom than if it sat in his [Charles] Noose, which, when he pleased to draw together with one twitch, shall throttle a whole nation.”

Once again, it would be people of faith who would rise up in defense of liberty. Comprising an estimated 30 to 40% of the local population, East Anglia had the highest concentration of Puritans in England. It also, according to author Kevin Phillips, had the highest literacy rate and the largest concentration of Bibles; thus making it the Bible-belt of 17th century England. Throughout East Anglia Puritan preachers would deliver sermon after sermon urging their congregation to fulfill their Christian duty to resist the tyranny of Charles. It is no coincidence that East Anglia became the soul of the struggle for English liberty during the Civil War which resulted in the overthrow of Charles and the reinstatement of representative government. It is also no coincidence that the majority of the leaders of the American Revolution were descendants of pilgrims who originated from this part of England.

Yet, before the American Revolution, there would be one more struggle in England for individual freedom. This struggle would be triggered by Charles’ son, James II, who failed to learn anything from his father’s example. Like his father, he tried to impose his will on the English people. In gross violation of the freedom of the church, he established the Court of Commissioners for Ecclesiastical Causes, which regulated what pastors could say in their sermons. When several bishops were summarily imprisoned for treason for refusing to read a royal proclamation that violated the tenets of their religion, people of faith rose up in their defense. Although a court would eventually find the bishops innocent of all charges, James’ actions ignited within Christians of all sects a passion for liberty. This would lead to a bloodless revolution, known as the Glorious Revolution of 1688, which would end with James being sent into exile. [In my book, Liberty Inherited, I detail the events of 1688 and their impact on the event that would transpire in 1776.]

To ensure that the rights of Englishmen would never again be violated, Parliament created the Declaration of Rights of 1689. It would be these rights that — less than a hundred years later – Englishmen in the New World would rise up to defend. It is not a coincidence that this struggle for freedom started in the New England colony. The majority of its population were descendants of people who originated from East Anglia. This gave it predominantly Puritan values and, like their predecessors in East Anglia, its pastors preached from the pulpit the values of liberty, freedom, and the Christian duty to defend them. Their example was soon being copied by pastors in all thirteen colonies. These church leaders would come to be known as the Black Robe Brigade and they would be the soul of the struggle for American independence. Furthermore, it would be the offspring of these New England religious leaders who would lead the abolitionist movement to end slavery.

As this brief summary of history illustrates, the churches’ withdrawal from politics is a recent phenomena. It is telling that America has experienced extreme moral and spiritual decay during the same period — a decay which has resulted in same-sex marriage.

Maybe, by avoiding politics, church leaders believed that they would remain untouched by its effects. If so, it was a tragic error of judgment on their part for, as Pericles, wrote, “Just because you don’t take an interest in politics, doesn’t mean that politics won’t take an interest in you.” The recent Supreme Court ruling on same-sex marriage and the effect it will have on the freedom of religion prove that Pericles’ observation is just as valid today as it was when it was written 25 centuries ago. The question is, whether this is enough to wake up Christians or will they continue to accept a premise that has made their churches irrelevant?