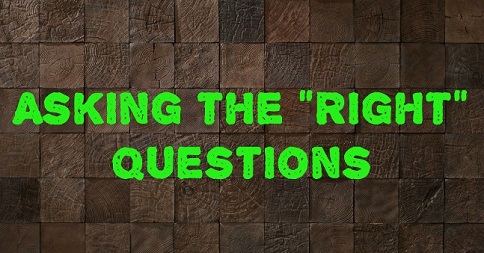 Each new candidate attempts to convince us they are the new hope for a better tomorrow. Jobs. Inequality. And the ever popular – “let’s be bipartisan so we can all move forward together!” These are the topics – the safe topics – they stick to. All designed to assure that they hit emotional buttons in each of us, yet don’t cause controversy.

For the most part, about the only reason we are given to vote for these candidates is that perhaps a charge that their opponent is involved in some kind of scandal or hired an illegal gardener. They resort to character assassination of their opponents as they dig for dirt. Or, the most common reasons we are given by candidates to vote for them, often reduced to the vocabulary of a cave man – “Republican good — Democrat bad!” (or visa versa, depending on the candidate.) Are such grunts what the once proud American election system has been reduced to?

Consequently, as has been the case for the last many elections, rarely does a candidate risk taking on the really vital issues that get to the core of our nation’s pending demise. Have you heard a single candidate address any of these issues:

• The massive destruction of American industry by the EPA and other over-reaching government regulations – killing jobs by the thousands?

• The near complete usurpation of private property rights in communities and rural areas under the tiresome excuse of environmental protection? Who stands with the property owners as they see their American dream shattered under the innocuous title of “community development?”

• The growing imposition of non-elected boards and regional governments that are fast replacing our elected representatives in making local community decisions – all powered by the imposition of federal grants that dictate policy, making most states and communities serfs of the federal government?

• The complete federal takeover of state and local school systems, enforcing a national curriculum that warps history, destroys mathematics and provides little in the way of real academics. Today’s “education” system basically focuses on behavior modification of the children, dwelling on changing their attitudes, values and beliefs. Frankly, that is little more than child abuse. Such a systematic manipulation and indoctrination of young minds is creating ignorant, mindless global village idiots that are easily maneuvered for political purposes.

Have any of these politicians even bothered to study the policies of the Department of Education or looked at the fine print of an EPA grant program to see what is required? If not, why not? If they intend to be the leader of the nation – shouldn’t they know what they are leading?

Kiss a baby! How about hugging a victim, such as a property owner that just had their dreams shattered as government bull dozers destroyed their yard for a bike path? How about one of these politicians standing with parents as their children are expelled from school because they wore a tee shirt with an American flag on it? Strange, as more and more of these victims emerge, the candidates never seem to mention them.

Of course the main stream news media pumps up this meaningless process by focusing only on the scandals and the other non-issues as they avoid reporting on real life. Scandals get headlines. Massive regulatory overreach is simply the proper role of government, according to the news media. Of course, they will sponsor talk shows that pretend to do in-depth study and discussion of certain issues. But, mostly you will find the decks stacked against anyone who disagrees with the party line. Four to one is the usual standard of “fairness.”

So, in such a climate, the politicians are able to get by with their non-issue campaigns. Debates, always hosted by the same news media, never ask the candidates substantial issue questions. And so the charade goes on, and those candidates who are best able to do the non-issue dance make it through. .

It’s time to change all of that. Here’s how.

Put the candidates on the spot during their public meetings. As they pontificate about their readiness to run the United States of America, ask them questions that matter to real Americans.

Starting now, let us offer three questions designed to shake up any public candidate meeting. A word of caution – do not take this action alone. Organize with at least three friends. Have each choose one of these questions to ask the candidates. If you have more people to join you, have others prepared to do a follow up question if they fail to answer. As you get your moment in front of the microphone, read the statement as we’ve provided below and then finish with the question shown in bold:

1 – Private property rights are under assault in communities and rural areas across the nation as local, state and federal governments move to enforce new planning development programs, particularly under the labels of Sustainable Developments or “Local Visioning.” If elected, what actions will you take to protect the unrestricted right of use, enjoyment and disposal of private property by its owners?

2 – It’s a growing situation that local elected representative government is being overshadowed by the establishment of non- elected boards, councils, planning commissions and regional governments. These non-elected organizations are, in effect, taking government further away from the people as they deal in backrooms, unseen and unapproachable. Yet, while not elected by the people, they are creating policy that affects private property, tax rates and much more, especially through the taking of federal grant money, which results in federal control over the use and outcome of that money. If elected, what actions will you take to eliminate these massive grant programs and to stop federal efforts to enforce creation of non-elected boards, councils and regional government boards?

3 – The term social justice is used more and more in today’s official society. The actual meaning of social justice is redistribution of wealth, much of which is imposed through the tool of political correctness. Social Justice is used to create class warfare and divisions in our society. It is now widely used in our public school curricula to replace actual academics with behavior modification methods designed to change the attitudes, values and beliefs of the children. The openly stated purpose of such programs as Outcome based education and Common Core is to create new global citizens who reject traditional American values of individual freedom, free enterprise and limited government. Such curriculum is enforced through a centralized Federal Department of Education, which has usurped local input. If elected, will you take action to shut down the federal Department of Education and return education policy to the states, making sure to end these orchestrated attacks on the attitudes, values and beliefs of the children?

Each of these questions pertain to one of the planks of Agenda 21. The three planks are 1. Social Equity; 2. Economic Prosperity; 3. Ecology (the assault on property rights). These are the infamous three E’s of Agenda 21.

Ask these questions in a public forum and watch those clueless candidates squirm. Most won’t have an answer. In fact most won’t even know what you are talking about. They will try to evade or put some positive spin on it. But you will know. You will understand that such candidates will never work to fix these problems. And so will the rest of the audience.

It is time for our movement to take aggressive action against these slithering candidates. We need to descend on pubic forums. Organize. Place our people strategically around the room. And one by one begin to ask these questions. When they can’t answer, have someone else ask it again, and again. Let them know they had better give these issues some thought. Let them know that we are going to be there every time they appear in public. And let them know we are going to make them look like fools in front of audiences until they decide to actually talk about issues that mean something to real Americans.

Property owners; parents; small business owners. All are suffering from issues these candidates refuse to discuss. Make them discuss them. Make them show their true colors. Make our issues the ones that dominate the election campaign. Make them afraid to not talk about these issues.

Agenda 21 is designed to change our nation; our way of life; and our form of government. These candidates want to allow those changes to quietly take place, unseen and unnoticed by the public, while they remain silent. If the candidates want to drastically change our nation, then it’s time we have a national debate about it. Starting today, ask the questions that will fire that debate.