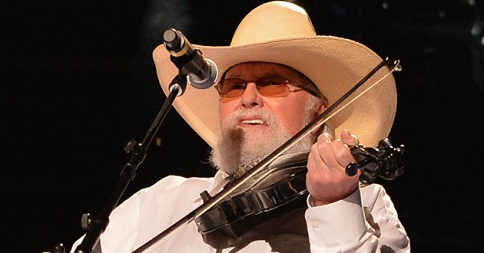 We all know that one of the prime motivating factors that leads to the early immigration to the United States of America was freedom – freedom from a monarchy and freedom from a societal class system that placed the working people at the bottom of the food chain. They fled to America for freedom to achieve whatever their intellect and industry was capable of, but most important of all, they came to America for the freedom to worship God in whatever way they chose.

According to William Bradford, when the Pilgrims set foot on American soil, they “fell on their knees, and blessed the God of heaven” who brought them safely to the New World after their long and dangerous journey.

Our federal papers acknowledge God, our money reads, “In God We Trust,” our government buildings have the name of God inscribed on them, our congressional sessions are opened with prayer and the law of the land is founded on British Common Law and Judeo-Christian principles.

We send chaplains to war with our troops; prisoners denied most all other privileges are afforded the right to the practice of their religion; and even a condemned man can have a priest or religious representative with him as he walks the last mile.

For almost two hundred years, America thrived, won wars, took unprecedented steps in technology, medicine, industry and science. All the while, God had a very visible presence in government, society and the everyday life of America.

Enter Madeline Murray O’Hair, an atheist who took it upon herself to have the Bible and prayer removed and subsequently forbidden in American schools in the early 1960’s, and the Supreme Court, who agreed with her – to their everlasting and eternal shame – and the downhill slide into America’s demise began.

I’ve wondered how Ms. O’Hair would feel about it now that she’s had a chance to see that the God she denied is real and His court – not the US Supreme Court – has the final say in the affairs of man.

What O’Hair began has become a movement, and with the help of the ACLU, liberal courts and spineless politicians, the people in this movement are determined to abolish even the mention of God’s name from official – and if they have their way – private America.

They want to muzzle military chaplains, control educational curriculum, remove every trace of God and Jesus Christ from public view, and truth be known, censor what can and cannot be preached from the pulpits.

The Bible tells us that man’s own brilliance will be his undoing, and one has only to turn on a television set, surf the web or pick up a magazine to see evidence of that.

Television hosts make fun of the God who created them and the Savior who died for them. Mocking skits belittle Jesus Christ, and our president claims that America is no longer a Christian nation, even though, according to Gallup, 77 percent (77%) of the nation’s inhabitants claim to be Christians. Much was made about the Pew poll earlier this year saying the number of Christians was down to 71 percent (71%), but the Pew poll sample was only about 10 percent (10%) of Gallup’s, which was 326,000 people.

Elements of our government want America to give its allegiance to the godless, America-hating, United Nations.

Mankind now thinks he can bypass God and take over adjusting the temperature of Planet Earth, an arrogant assumption at best and a downright lie at worst that has nothing to do with climate and everything to do with control of every human being on the planet.

The crux of all this being that God gave man free will, a mind to think with and a conscience to govern those thoughts. And if mankind does not want God in their lives, He will not force His way in.

So, America, as we deny God entree into ever-increasing segments of American life, who do you think rushes in to take over? But, I guess you people who don’t believe in God don’t think there’s a devil either.

When the presence of God leaves, peace goes with Him. So too goes decency and respect for human life. Have you seen the abortion numbers lately or the amount of children being kidnapped and sold as sex slaves?

Another byproduct of the absence of God is sloth, laziness and dishonesty. You also have men fathering multiple children and not supporting any of them and people claiming bogus injuries to sponge off the federal disability funds.

So, the farther we pull away from the tenets the founding fathers put into place and the farther we wander aimlessly down this insane path of turning our backs on our only help, the lower our finances, our safety and our quality of life will slip.

America did not achieve its high place in the world on its own. God has blessed and protected this nation since its inception.

If His veil of protection is lifted, America, in spite of our weapons and military superiority, will see war and violence without end.

God will not be mocked.

What do you think?

Pray for our troops and the peace of Jerusalem.