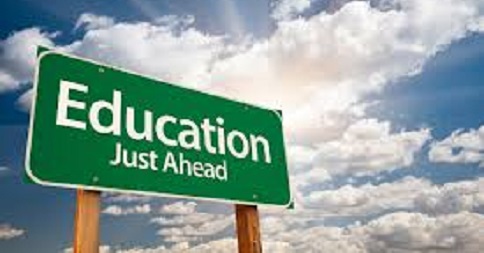 For the past half century, public education has operated like a double-agent enemy mole that hides in plain sight while it sabotages society. When liberals began the pretense of patrolling the wall between church and state in the 1960s, they targeted the free exercise and influence of Christianity and Judaism. Apparently, however, enforcing the First Amendment was merely a ruse.

The diversionary tactic of enforcing the First Amendment merely allowed liberals to unleash a clandestine religion. Their mole, under the codename public education, now imposes a faith that is diametrically opposite to the ones it replaced.

To deny that the enforced dogma is a religion takes the kind of blind faith public schools instill and practice. Based on what we can decrypt from school curricula, public education teaches students that feelings trump facts, intentions trump consequences, and liberals are never wrong. Certainly, the dogma is an enigma purposely obfuscated in secular nonsense. Nevertheless, it takes blind faith to believe that the exotic morality, behavior, and beliefs fostered in public schools are the result of some random cosmic accident that supposedly created our intricately organized world.

Granted, liberals point out that public schools do not promote God as proof that public education is nonreligious. However, no law compels a religion to worship a supernatural god or omnipotent sustainer. Otherwise, Buddhism would not be the bona fide religion that it is.

Then again, Buddhists have nothing to hide, unlike liberals. This is why Buddhists call their religion Buddhism, and liberals deny that public education teaches a religion.

Denial and deception allow liberals to pull off this otherwise conspicuous operation. By simply refusing to call their religion a religion, they have disguised their ability to circumvent the First Amendment. This misdirection buys the mole time to adapt to potential threats.

In fact, one of the clever tactics for avoiding detection is to use the school system to help change society’s understanding of words. For example, marriage, gender, Islamic, and murder have all been redefined to fit the liberals’ radical doctrine.

Historically, marriage was always tied to man and woman. Together, a man and woman create a family. Today, of course, the average public school student believes this tradition is intolerant or unenlightened. Changing children’s understanding of marriage to encompass homosexuals and soon polyamorists is what a radical religion does. This gives the clandestine doctrine the pretense of virtue (which has a situational definition now, as well).

Moreover, when a liberal zealot like the current president disapproves of Islamic fundamentalists beheading suspected idolators (in accordance with the Koran), he feels pious enough to redefine the word Islamic for the rest of the world. Meanwhile, a serial murderer who is a transexual has the blessing of the left to be whatever gender she wants to be. (You know, more virtue public education students learn during vocabulary lessons.)

But speaking of murder, liberal disciples condemn the Muslims who chop off suspected infidels’ heads, yet these nuts (the liberals) rally around mothers who butcher and chemically fry their own unborn babies. Yes, in the left’s clandestine religion, all religions are equal, but some religions are more equal than others.

Regrettably, 90 percent of America’s children attend public schools where they are indoctrinated in these religious vocabulary lessons that emphasize the left’s exotic morality. Twelve years of their lives are filled with drumming the left’s clandestine faith into their minds. Aside from the compulsory attendance laws and the $600 billion of strong-armed tithing enforced by the IRS, public schools are essentially indistinguishable from other religious schools.

Unfortunately, most parents have no choice other than to subject their children to the government’s religious indoctrination. As a matter of fact, low-income parents could probably free their children from religious cults far more easily than they can free their kids from traditional public schools. The Democratic Party insists on blessing inner-city children by holding them hostage in pathetic and dangerous schools that foster government worship.

Today, the clandestine religion resonates like never before among the graduating flock, as well as its lost lambs (a.k.a. dropouts). More Americans than ever now receive welfare. In fact, welfare recipients outnumber the Americans who work full time. To the left, nearly 110 million Americans on welfare is like manna from heaven; that number is truly miraculous. And with this increasing number of converts being delivered to the Democratic Party, is there really any questions why these fanatics religiously oppose school choice?

Despite the evident government worship and subsequent exotic morality that has infiltrated public schools, many Americans indoctrinated in this system simply refuse to believe that it is happening. Then again, these are the same people who choose to ignore that public school teachers are twice as likely as other parents to send their own kids to private schools.

Perhaps this year, the mole can redefine hypocrisy to clarify why liberals never have to tolerate other people’s choices that are not ordained by traditional public schools.