Communists Seek to Discredit America Through Lies and Chaos 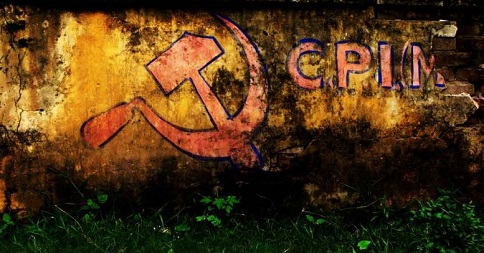 Our country is in real trouble. We are being governed by a deceptive body of global government oligarchs who wish to impose their will upon the American people by breaking down our morality and presenting our way of life as the sole cause of problems in the world. Ever since President Obama was inaugurated we have been subject to one attempt after another to a campaign designed explicitly to make us believe we are a racist, selfish nation and that freedom and capitalism are responsible for poverty, inequality and the oppression of minorities. The United States is also presented as a greedy, war mongering nation whose exploitation of third world resources is responsible for global warming. In essence, those pushing for global government are using the age old technique of the Hegelian Dialectic to present capitalism as evil and communism as the world’s savior. This plan is known as The Communist Peace Offensive and was presented to the U.S. congress by John Dulles, Republican advisor to the State Department in 1950. This was at the height of the global nuclear threat where much of this plan was then used in order to get the U.S. to surrender its nuclear arms. In other words, it was thought that the U.S. could be conned into believing that disarming herself would be a sign of moral strength. Everything that the global government advocates push is a deception of one form or another and their attempts to present our nation as the “problem” must be resisted at all levels because once the morale of the American people has been completely crushed, a total communist takeover becomes inevitable.

In the book “Toward Soviet America,” the case is made against capitalism by suggesting that mass starvation and the exploitation of the masses exists in all capitalist countries and that the United States had deliberately lied about the social progress made after Russia’s communist revolution. The communists wanted the world to believe that the Soviet Union was a workers’ paradise and that there was flourishing economic growth. The truth however, was the exact opposite. Millions died as the result of Vladimir Lenin’s efforts to collectivize the nation’s agriculture and his ruthless execution of political enemies. (Cawthorne, N. Tyrants: History’s 100 Most Evil Despots and Dictators. Metro Books, New York.) Communists believe that men must be controlled and that all human activity must exist purely for the benefit of the state. It was believed that collectivization would bring the efforts of the masses together for the greater good of Russia. Farms were seized and placed under state control, unrealistic quotas were demanded from the peasants, and those that resisted were executed. This has been the repeating theme of communism throughout the twentieth century. Nearly one hundred million people have been murdered in opposition to the idea that their labors should benefit the state and not themselves.

Many people in America have fallen for the lie that capitalism is an oppressive system. It’s astonishing really; everything they benefit from in this society derives from the concepts of the private ownership of property and industry. The negative attitudes towards capitalism and the emerging acceptance of socialism/communism is the result of a psychological warfare campaign designed to explicitly discredit the United States. In the report The Communist Peace Offensive, John Dulles addresses the threat of psychological warfare and the inability of the American people to understand its effectiveness. The following is from this report. Just as France developed illusions about the impregnability of the

Maginot line prior to World War II, only to succumb later to Hitler’s

iron legions, so some Americans conceive of our security as based only

upon a spectacular weapon like the atom bomb or the H-bomb. They

fail to realize the destructive and disintegrating effects of psychological

warfare, which may be less spectacular but equally effective.

The Communist leaders are fully aware that propagandists, within

or without the United States, have easy access to the American public.

There is one radio for every two persons in the United States, and the

United States maintains radio freedom both as to broadcasting and

the listener’s choice of program. The American press is also free.

Thus, an American may read or listen to whatever he pleases.

This paragraph speaks directly to the efforts made to use every available means to target the minds of the American people and wage a campaign designed to influence their beliefs about themselves and their country. Today, the mainstream media is nothing more than a constant stream of propaganda which spins every terrible tragedy in a way which suggests our culture needs to change and that our way of life is responsible for the carnage presented to us on a daily basis. The hope is that we willingly surrender our liberty and see their offered state of communism as the solution.

Many people view the talk of communist infiltration as mere conspiracy, which speaks to the effectiveness of psychological manipulation. People tend to believe what they are continually told, and lies that are told often enough are eventually accepted as truth. Not only is our national media aiding in these efforts, the education system is as well. Over the past few years lessons on institutional racism and “white privilege” have infected the minds of American college students to the point we have a new wave of race riots erupting across the country in an effort to deliberately create chaos. We have a generation of people willing to surrender their liberties for security because they have been made to believe there is a constant threat to their safety, and most unbelievable is the fact that millions of people accept the premise that we are contributing to the destruction of the planet because we exhale carbon dioxide. This is all the result of ideological subversion within our own education system.

The communists know through their experiments in Pavlovian conditioning that most people, once brought up in a certain ideology, cannot be broken from it. We all have those experiences where we present cold hard factual data to someone and because they are ideologically set on their belief system they will choose to ignore these facts and continue their lives in ignorance. Most of what is presented concerning a communist attempt to undermine America can be taken from their own words. For instance, Joseph Stalin said that the best way to destroy America is to undermine her spirituality, morality and patriotism. Well, this has been the overall theme of this article; this is exactly what is taking place in America. America is being presented as a racist, warmongering, imperial, oppressive power in order to appeal to the senses of the masses and make them beg for another system of government. While the communists claim that capitalism is a system that seeks control and exploits the poor, the truth is really quite evident when you examine the words of Laventry Beria in “Brainwashing: A Synthesis of the Russian Textbook on Psychopolitics.”

In chapter one, simply entitled An Address by Beria, Laventry lays the groundwork for how to brainwash the American people into accepting communism. He explicitly states that capitalists seek control and then explains how to subvert our culture through the use of psychological warfare. For instance, in the following passage he explicitly mentions the use of drugs in an attempt to create a state of insanity in the nation.

Psychopolitics is a solemn charge. With it you can erase our enemies as insects. You can cripple the efficiency of leaders by striking insanity into their families through the use of drugs. You can wipe them away with testimony as to their insanity. By our technologies you can even bring about insanity itself when they seem too resistive.

He then goes onto say that you can change the loyalties of those that oppose you through brainwashing or “destroy their minds.”

You can change their loyalties by Psychopolitics. Given a short time with a Psychopolitician you can alter forever the loyalty of a soldier in our hands or a statesman or a leader in his own country, or you can destroy his mind.

Finally, he goes on to describe how our own system of governance can be used against us through the constant campaign of terror in society.

Use the courts, use the judges, use the Constitution of the country, use its medical societies and its laws to further our ends. Do not stint in your labor in this direction. And when you have succeeded you will discover that you can now effect your own legislation at will and you can, by careful organization of healing societies, by constant campaign about the terrors of society, by pretense as to your effectiveness make your Capitalist himself, by his own appropriations, finance a large portion of the quiet Communist conquest of the nation.

In essence the communists seek to convince you that your country is one founded on the precepts of conquest and exploitation by lying and creating chaos, and then they claim that this will bring peace. Of course, the definition of peace according to a communist is the absence of opposition to socialism. I think it’s time to ask who it is that’s really seeking control.