Debating the Nature of God 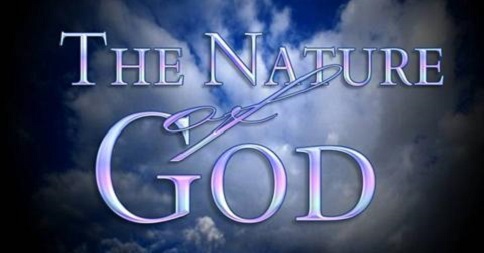 The recent flap at Wheaton College, an Evangelical college near Chicago, caused by Dr. Larcyia Hawkins donning a Muslim hijab to stand in religious solidarity with Muslims ‘because Christians and Muslims believe in the same God,’ touched off a spate of opinion pieces on whether or not Hawkins is correct. Some supported her contention and some did not. Reader comments after most of these essays were split as well, but the majority clearly supported the ‘no we don’t worship the same God’ position.

The opinions offered in the ‘no we don’t’ essays, are based on the theology that Christians worship a loving, merciful but just triune God of reason — God the Father, God the Son, and God the Holy Spirit, while Muslims pray to a demanding and unreasonable God who condones murdering nonbelievers, honor killing, polygamy, and keeping women subservient and uneducated, etc. The Muslim God is clearly not the same God that is worshipped by Christians.

If the doctrine of monotheism is correct, the ‘yes we do’ arguments goes, then there is only one true God. As such, all monotheistic religions are worshipping this same God, even though each religion may have a different name for God and a different understanding of the nature of God. Additionally, Judaism, Christianity, and Islam all worship the God of Abraham initially revealed in the Old Testament. They part company when it comes to discerning the nature of God and exactly what He expects of us.

Both sides in this argument have valid points. Assuming the God of Abraham is the one true God and Christians, Jews, and Muslims all worship the God of Abraham, they all do worship the same God. But since Muslims have a vastly different understanding of the nature of God, as ’revealed’ by Muhammed, they are, in effect, worshiping a different God. It is also quite possible that question itself is moot, much like the question, is the glass half full or half empty.

I once wondered what God thinks of all this arguing and debating about Him and what He expects from us but then I quickly realized that He’s known all along that we would be arguing and debating about his nature and what He expects from us. And He also knows how it’s all going to turn out in the end. In the meantime the debate will continue because, like some sage once said, nothing sparks more argument and disagreement than religion or politics.

Even amongst Christians the nature of God, how we should worship Him, and what He expects of us is still debated. While Protestant Christians and Catholic Christians both believe in the same triune God, they interpret Jesus’ teachings in the New Testament differently, so they have different doctrines regarding how people should live and worship, and on what is required in order to attain salvation.

And let’s not forget that there are liberal and conservative/traditional Protestant and Catholic Christians who also have opinions on the matter. Liberal Christians believe that the God they pray to approves of (all or some combination of) homosexuality, gay marriage, transgenderism or transsexuality, contraception, divorce, artificial insemination, abortion, and euthanasia. Conservative/traditional Christians believe the God they pray to does not condone any of these sinful acts. Clearly both sides cannot be right in their understanding of what God condones, so the Muslim God vs. the Christian God argument kind of fits this situation as well: Even though they both believe in the same triune God, it sounds like Liberal Christians and conservative Christians must really believe in different Gods.

But there’s another way to look at the question of whether or not Muslims, Christians, Jews and others worship the same God. To wit, five good, kind, prayerful God-fearing adults – a Protestant, a Catholic, a Jew, a Muslim and a Mormon – survive a shipwreck and each ends up on his or her own life raft floating in the ocean. They all pray to God asking Him to save them. Will God listen to only the prayer of one of these individuals because the others don’t have their theology correct?

In all likelihood, God will hear all of their prayers because we are all His children regardless of what name we give Him, or what the doctrine that we follow says about His nature. But the doctrine we each decide to follow will make a big difference in how we live our lives and probably in how we will be judged by Him when we die.

The sad thing is that even though we are now living in the 21st century and think of ourselves as fairly advanced, intelligent human beings, too many people throughout the world are content to live out their lives in ignorance, preferring to be led around by the nose, believing whatever drivel they are told because it takes too much effort, or too much courage, to seek the truth.

In closed cultures, like that of many of the Islamic countries in the Mideast, people are discouraged and even prohibited from investigating the doctrines of other religions on pain of death. A good education is simply not a readily available commodity in some parts of the Mideast, and in some areas what education there is may consist solely of radical Imams using the Koran for a textbook and making their students memorize selected passages. Out of such a tightly focused, limited education, come radical Islamic extremists.

But even in the U.S. some people blindly accept what they are told because some self-ordained preacher has convinced his flock that he is correctly interpreting God’s Word. The folks at the Westboro Baptist Church come immediately to mind.

But just as disturbing as ignorance due to a poor education, is ignorance born of hubris. The newest craze is a rising segment of the population who say they are “spiritual but not religious.” Belonging to an “organized religion” is just not their cup of tea, so instead they belong to “the Church of me” where they get to decide all by themselves how they should worship God, how they should live their lives, what God expects of them, what is true and what is false, what is moral and what is not, and so on. No question about it – it’s a lot easier to make up your own rules as you go along and just follow your own conscience. But In a court of law ignorance of the law, no matter the cause, is not allowed as a defense, and making up your own laws is frowned upon as well. Chances are when we stand before our maker awaiting judgement He won’t accept ignorance as a valid defense either, especially since the truth really is out there and is readily available to all who seek it.

As a Catholic who questioned Catholic teaching for a while as a young man, and then spent a great deal of time learning about what all the other religions teach and why, I came to the conclusion that Jesus Christ is, as He said, the way and the truth and the light, and that Catholic doctrine correctly interprets His teachings. Probably because of my own questioning I have compassion for other Christians and members of other religions who have not come to this same conclusion. So I encourage people to thoroughly explore the doctrines of their own and other religions, including examining the pros and cons on the various doctrinal differences (the apologetics offered by theologians of each religion), before settling on a system of beliefs.

The beginning of each new year sees many people making New Year’s Resolutions and setting new goals. While goals and resolutions are good, most of us usually think in terms of worldly goals that center on a career or money or fame. But when all is said and done, we should have one overriding goal: Get to Heaven. This is not an easy thing to do especially because, to paraphrase John 17:14, far too many of us are of the world instead of being not of the world.