how to buy disulfiram tablets 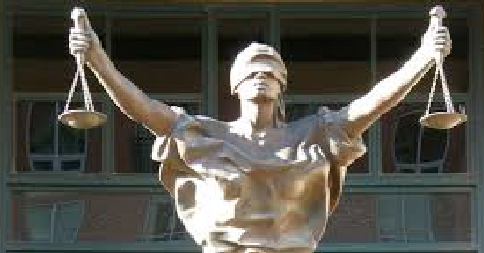 A Michigan couple that has been raising chickens in their backyard as a source of healthy food for their family could get up to 90 days in jail for violating a local ban on backyard hens. A Kentucky prison guard who was charged with 25 counts of sexual abuse against female inmates, trafficking controlled substances, and 50 counts of official misconduct walks away with no jail time and seven years’ probation. A 53-year-old Virginia man is facing 20 years in jail for kidnapping, despite the fact that key evidence shows him to be innocent and his accuser a liar, yet the courts claim they’re unable to do anything about it. Meanwhile, thanks to the U.S. Supreme Court’s recent refusal to hear the case of Jones v. U.S., judges can now punish individuals for crimes of which they may never have been convicted or even charged.

With every ruling handed down, it becomes more apparent that we live in an age of hollow justice, with government courts, largely lacking in vision and scope, rendering narrow rulings focused on the letter of the law. This is true at all levels of the judiciary, but especially so in the highest court of the land, the U.S. Supreme Court, which is seemingly more concerned with establishing order and protecting government agents than with upholding the rights enshrined in the Constitution.

Given the turbulence of our age, with its police overreach, military training drills on American soil, domestic surveillance, SWAT team raids, asset forfeiture, wrongful convictions, and corporate corruption, the need for a guardian of the people’s rights has never been greater.

Yet when presented with an opportunity to weigh in on these issues, what does our current Supreme Court usually do? It ducks. Prevaricates. Remains silent. Speaks to the narrowest possible concern. More often than not, it gives the government and its corporate sponsors the benefit of the doubt. Rarely do the concerns of the populace prevail.

In this way, preoccupied with their personal politics, cocooned in a priggish world of privilege, partial to those with power, money and influence, and narrowly focused on a shrinking docket (the court accepts on average 80 cases out of 8,000 each year), the justices of the current Supreme Court rarely venture beyond their rarefied comfort zones.

Every so often the justices toss a bone to those who fear they have abdicated their allegiance to the Constitution. In Riley v. California, for instance, a unanimous Court ruled that police need warrants in order to physically search the cellphones of people they arrest. Even in that instance the victory rang hollow to those who understand that government agents, equipped with military-grade surveillance equipment, don’t need physical access to our phones in order to know who we’ve been talking to or texting and what we’ve been saying.

In recent years, for example, the Court has ruled that police officers can use lethal force in car chases without fear of lawsuits; police officers can stop cars based only on “anonymous” tips; Secret Service agents are not accountable for their actions, as long as they’re done in the name of security; citizens only have a right to remain silent if they assert it; police have free reign to use drug-sniffing dogs as “search warrants on leashes,” justifying any and all police searches of vehicles stopped on the roadside; police can forcibly take your DNA, whether or not you’ve been convicted of a crime; police can stop, search, question and profile citizens and non-citizens alike; police can subject Americans to virtual strip searches, no matter the “offense”; police can break into homes without a warrant, even if it’s the wrong home; and it’s a crime to not identify yourself when a policeman asks your name.

The cases the Supreme Court refuses to hear, allowing lower court judgments to stand, are almost as critical as the ones they rule on. Some of these cases have delivered devastating blows to the rights enshrined in the Constitution. By remaining silent, the Court has affirmed that: legally owning a firearm is enough to justify a no-knock raid by police; the military can arrest and detain American citizens; students can be subjected to random lockdowns and mass searches at school; and police officers who don’t know their actions violate the law aren’t guilty of breaking the law.

What a difference nine people can make.

Contrast the Roberts Supreme Court and its occupants’ preoccupation with personal politics, its cocooned, priggish world of privilege, its partiality to those with power, money and influence, and its narrowly focused on a shrinking docket (the court accepts on average 80 cases out of 8,000 each year) with the Warren Court (1953-1969), when Earl Warren served as Chief Justice, alongside such luminaries as William J. Brennan, Jr., William O. Douglas, Hugo Black, Felix Frankfurter and Thurgood Marshall.

The Roberts Court’s decisions in recent years, characterized most often by an abject deference to government authority, military and corporate interests, have run the gamut from suppressing free speech activities and justifying suspicionless strip searches and warrantless home invasions to conferring constitutional rights on corporations, while denying them to citizens.

The Warren Court, on the other hand, handed down rulings that were instrumental in shoring up critical legal safeguards against government abuse and discrimination. Without the Warren Court, there would be no Miranda warnings, no desegregation of the schools and no civil rights protections for indigents. Yet more than any single ruling, what Warren and his colleagues did best was embody what the Supreme Court should always be—an institution established to intervene and protect the people against the government and its agents when they overstep their bounds.

Justice Douglas, who served on the Supreme Court for 36 years, was particularly vocal in his belief that Americans have a right to be left alone (“The right to be let alone is indeed the beginning of all freedom”).

Considered the most “committed civil libertarian ever to sit on the court,” Douglas was frequently controversial and far from perfect (he was part of a 6-3 majority in Korematsu vs. United States that supported the government’s internment of American citizens of Japanese descent during World War II.)

Even so, his warnings against a domineering, suspicious, totalitarian, police-driven surveillance state resonate still today. They stand as a potent reminder that while the technology and social concerns of Douglas’ day have undergone dramatic transformations in our time, the rights we are struggling to safeguard remain the same, as do the threats posed by the government.

Then, as now, government surveillance was invasive and unregulated. As Douglas observed:

We are rapidly entering the age of no privacy, where everyone is open to surveillance at all times; where there are no secrets from government. The aggressive breaches of privacy by the Government increase by geometric proportions. Wiretapping and “bugging” run rampant, without effective judicial or legislative control. Secret observation booths in government offices and closed television circuits in industry, extending even to rest rooms, are common. Offices, conference rooms, hotel rooms, and even bedrooms are “bugged” for the convenience of government.

Although the Roberts Court has so far remained silent on the NSA’s domestic surveillance program, Douglas had plenty to say about “the privacy of our citizens and the breach of that privacy by government agents”:

Once electronic surveillance … is added to the techniques of snooping which this sophisticated age has developed, we face the stark reality that the walls of privacy have broken down and all the tools of the police state are handed over to our bureaucracy on a constitutional platter… The dangers posed by wiretapping and electronic surveillance strike at the very heart of the democratic philosophy. A free society is based on the premise that there are large zones of privacy into which the Government may not intrude except in unusual circumstances…

Here’s Douglas on the dangers posed by electronic surveillance:

Wiretapping and electronic “bugging” invariably … lay down a dragnet which indiscriminately sweeps in all conversations within its scope, without regard to the nature of the conversations, or the participants. A warrant authorizing such devices is no different from the general warrants the Fourth Amendment was intended to prohibit… Such practices can only have a damaging effect on our society.

Douglas on the ramifications of indiscriminate government surveillance:

Once sanctioned, there is every indication that their use will indiscriminately spread. The time may come when no one can be sure whether his words are being recorded for use at some future time; when everyone will fear that his most secret thoughts are no longer his own, but belong to the Government; when the most confidential and intimate conversations are always open to eager, prying ears. When that time comes, privacy, and with it liberty, will be gone. If a man’s privacy can be invaded at will, who can say he is free? If his every word is taken down and evaluated, or if he is afraid every word may be, who can say he enjoys freedom of speech? If his every association is known and recorded, if the conversations with his associates are purloined, who can say he enjoys freedom of association? When such conditions obtain, our citizens will be afraid to utter any but the safest and most orthodox thoughts; afraid to associate with any but the most acceptable people. Freedom as the Constitution envisages it will have vanished.

Douglas would undoubtedly have had a lot to say about the NSA’s efforts to get the country’s “biggest spy center” in Bluffdale, Utah, fully operational, as well as government data collecting programs such as MAINWAY. Here’s his take on government data repositories on citizens:

The dossiers on all citizens mount in number and increase in size. Now they are being put on computers so that by pressing one button all the miserable, the sick, the suspect, the unpopular, the offbeat people of the Nation can be instantly identified. These examples and many others demonstrate an alarming trend whereby the privacy and dignity of our citizens is being whittled away by sometimes imperceptible steps. Taken individually, each step may be of little consequence. But when viewed as a whole, there begins to emerge a society quite unlike any we have seen—a society in which government may intrude into the secret regions of man’s life at will.

Perhaps the greatest difference between Justice Douglas and his contemporaries and those who occupy the bench today can be found in his answer to a government that refuses to listen to its citizen or abide by the rule of law. “We must realize that today’s Establishment is the New George III,” noted Douglas. “Whether it will continue to adhere to his tactics, we do not know. If it does, the redress, honored in tradition, is also revolution.”