How to Kill Christianity 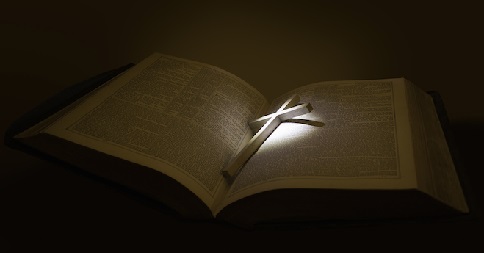 Taungdwingyi Much has been made of the recent Pew poll that highlights America’s religious landscape. What has drawn the most attention is the apparent decline of Christianity in the U.S. “The Christian share of the U.S. population is declining,” began the piece. Many liberals took gleeful notice. The Institute on Religion and Democracy’s Mark Tooley noted, “Secularists and their fellow travelers are ecstatic. The secular utopia about which John Lennon crooned is impending. Christianity is finally dying!”

Of course, this is far from the case, as Tooley later reveals. Russell Moore, president of the Ethics and Religious Liberty Commission of the Southern Baptist Convention, points out that it’s not Christianity that’s dying, but rather “near Christianity” that is teetering. “Good riddance,” Moore concludes.

The denominations that have lost the most “near Christians” are Catholic and Mainline Protestant. According to the Washington Times, “for every person who joined the Roman Catholic Church, six others were departing.” Additionally, in the last 50 years, the proportion of Americans belonging to one of the “Seven Sisters of Mainline Protestantism” has plummeted from one in six to one in sixteen.

From the Anglicans at Jamestown, to the Pilgrims at Plymouth, and the Puritans at Massachusetts Bay, virtually all of the Mainline Protestant churches in the U.S. can trace their roots to those who literally founded America. The principles of American democracy were born in Mainline churches. The revivals during the Great Awakening were preached by men from Mainline churches. Many of the first colleges and universities in the U.S. were founded by Mainline churches. What’s more, eight of the first fourteen U.S. Presidents were Episcopalian. The spiritual and political roots of America are deeply embedded in Mainline Protestantism. What a tragic fall!

So this begs the question, why have the Catholic Church and Mainline Protestantism seen such a collapse? Moore reveals the answer when he notes that, what the Pew poll really reveals is that we have “fewer incognito atheists” in America. “Those who don’t believe can say so — and still find spouses, get jobs, volunteer with the PTA, and even run for office. This is good news because the kind of ‘Christianity’ that is a means to an end — even if that end is ‘traditional family values’ — is what J. Gresham Machen rightly called ‘liberalism,’ and it is an entirely different religion from the apostolic faith handed down by Jesus Christ.”

Of course, it would be the denominations most infected with liberalism (Is there anything liberalism can’t corrupt?) that have seen the most decline. As Tooley put it, “Mainline Protestantism lost its way when it forgot how to balance being American and being Christian, choosing American individualism and self-made spirituality over classical Christianity. Nearly all mainline seminaries had embraced modernism by the 1920s, rejecting the supernatural in favor of metaphorized faith integrated with sociology and political revolution.”

Such watered-down theology has produced ear-ticklers like John Shelby Spong, Marcus Borg, Rosemary Radford Ruether, Gene Robinson and the like, along with heretical nonsense such as the Jesus Seminar. For decades men (and women) like Spong and Borg made quite a name for themselves by rejecting the virgin birth, the divinity of Jesus, His atoning death and resurrection, every miracle recorded in the New Testament, and so on. In other words, in a tragic attempt to make themselves “relevant,” such men and women rejected virtually every tenet of the Christian faith, all the while still calling themselves “Christians.”

Unsurprisingly, it’s heretics such as these who’ve overseen such a precipitous decline in their denominations. After all, who wants to attend a church that rejects the supernatural and offers little more than worn-out platitudes and self-help advice? Who wants to attend a church that doesn’t talk about the forgiveness of sin (much less the existence of sin) and the hope of eternal life? Instead of pointing people to eternal truths, these liberal congregations have concerned themselves with “social activism.”

To a significant extent, the same thing has happened to the Catholic Church in the U.S. Though the American Catholic Church, unlike most of her liberal Protestant counterparts, has (for the most part) opposed abortion, same-sex “marriage,” and the rest of the radical sexual agenda of the left, sadly many Catholics have been all too willing to use big government activism as a substitute for charity.

As Paul Rahe put it, many years ago the American Catholic Church “fell prey to a conceit that had long before ensnared a great many mainstream Protestants in the United States – the notion that public provision is somehow akin to charity – and so they fostered state paternalism and undermined what they professed to teach: that charity is an individual responsibility and that it is appropriate that the laity join together under the leadership of the Church to alleviate the suffering of the poor.”

Additionally, rabid anti-death penalty advocate Sister Helen Prejean, the inspiration of the Susan Sarandon movie Dead Man Walking, is doing little for the cause of “individual responsibility.” In an attempt to help Dzhokhar Tsarnaev escape the ultimate responsibility for his murderous crimes, Sister Prejean testified last week in the penalty phase of the infamous Boston Bomber.

In spite of the lack of any public expression of remorse, Prejean testified that she felt that Tsarnaev was “genuinely sorry” for his crimes. Like her Catholic compatriots who advocate for the likes of ObamaCare, Prejean mistakes “state paternalism” for true charity. (Nothing says “state paternalism” like clothing, housing, and feeding a mass murderer for decades.) Again, borrowing from Mark Tooley, “Was she concerned more about his eternal soul, or his physical life, and her political cause? Let’s pray the former, but the latter seems likelier. If indeed the latter, Sister Prejean is an archetype for the modern church’s indifference to eternity, and judgment, in favor of therapeutic protection and affirmation.”

Sister Prejean is a great illustration of why the Catholic Church in the U.S. is in steep decline. Just as with its promotion of government healthcare, or a litany of other programs that push state paternalism over personal responsibility, for decades now the American Catholic Church has shown “indifference” toward eternity and judgement. Thus, anyone fervently seeking the truth on such matters is drawn elsewhere.

By and large, the churches that are growing in the U.S. are those that unapologetically present the truth. Of course, a large or a growing church isn’t always a measure of a healthy and holy church, but when one is sincerely seeking the spiritual truths that we all at one time or another crave, most of us “seekers” know the truth when we hear it and see it. This doesn’t mean that the majority of us will embrace such truths. Jesus Himself warned us that this would not be the case.

Don’t be surprised to see the decline of Christianity continue. As it becomes more difficult and dangerous to be a follower of Christ, more and more people are going to find the “wide road” described by Jesus quite appealing. This is especially the case when so-called “Christians” are pointing the way.