Home Death Penalty Is It UnChristian to Execute 8 Murderers in 11 Days?

Is It UnChristian to Execute 8 Murderers in 11 Days? 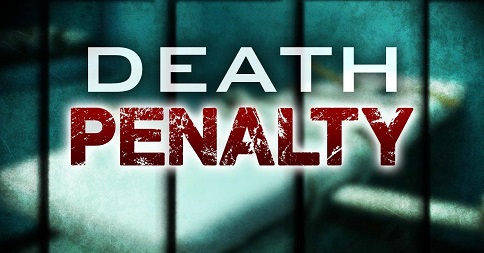 At one point, Arkansas was scheduled to put eight murderers to death in 11 days, before its lethal injection drug reaches its expiration date. Is this, as many are arguing, an unChristian thing to do? A piece in Christian Today includes this incendiary headline, “Christian campaigners horrified by Arkansas execution.” This headline is written as if that is the only acceptable “Christian” position to take.

http://cortex-m.com/?wc-ajax=get_refreshed_fragments The article makes reference to “the state’s rush to the death chamber,” apparently mindless of the plain legal fact that these men were all sentenced to die more than 19 years ago. They each had received a fair trial before a jury of their peers, had the assistance of counsel, and were able to face their accusers in open court. Objective observers will hardly see any “rush” to judgment here.

In fact, it’s quite the other way round. Martin Luther King, Jr. quoted a phrase that probably originated 2000 years ago, to the effect that “justice delayed is justice denied.” The families of these victims of brutal homicide have been waiting for justice for as long as 27 years and seven of them still have not received it. Justice denied, indeed.

So the short answer to our question is no, executing murderers for the crime of taking an innocent human life is not an unChristian thing to do. In fact, it’s the other way round. It would be unbiblical and unChristian not to carry out the death penalty for cold-blooded murder.

The Bible, in both the Old and New Testaments, prescribes the death penalty as a legitimate tool of God-ordained government. In Genesis 9:5-6, God himself says:

“From his fellow man I will require a reckoning for the life of man. Whoever sheds the blood of man, by man shall his blood be shed, for God made man in his own image.”

God clearly and unmistakably here delegates to man, to civil government, the authority to take the life of a man who would efface the image of God by taking the life of someone made in his image without just cause.

Lest one think this is an antiquated, out-of-date, Old Testament concept, the apostle, speaking for Christ, says the same thing in different words in the New Testament book of Romans. “If you do wrong, be afraid, for he (the civil magistrate) does not bear the sword in vain; for he is the servant of God, an avenger who carries out wrath on the wrongdoer” (Romans 13:4, emphasis mine). The sword, of course, is an instrument of lethal force.

Now last night, Arkansas executed Ledell Lee, a man who had been on death row since 1993 for beating Debra Reese to death with a tire iron.

He savagely beat Mrs. Reese 36 times with the tire iron her husband had purchased for her to use as a weapon of self-defense. Lee was arrested less than an hour after her senseless beating death trying to spend some of the $300 he had stolen from her in the attack.

Lee had been released on parole just 10 weeks before her death. DNA also linked him to the abduction and death of 22-year-old Christine Lewis, who was beaten, raped, and strangled. Prosecutors dropped that case only because Lee had been sentenced to death for Mrs. Reese’s murder.

Here are some of the grisly details of the murders committed by the other seven defendants who are slated to die. Because of activists who continually seek to pervert the course of justice, these criminals may escape the death penalty altogether.

Bruce Earl Ward, 60, has been on death row since 1990 for the strangling death of 18-year-old female clerk Rebecca Lynn Doss, whose lifeless body he dumped in the men’s room of the Little Rock convenience store where she worked. Ward had earlier been convicted of murder in Pennsylvania in 1977, which means if justice had been done in 1977, Ms. Doss could be today a happily married woman with children and even grandchildren of her own. Our process of justice is so cobbed up Ward had to be convicted three times for the death penalty verdict to stick. Justice delayed for 27 years is justice denied.

Don William Davis, 54, murdered Jane Daniel of Rogers, Arkansas with a .44 caliber revolver he found in her house after breaking into her home. Her husband came home to find the lifeless body of his wife lying a pool of her own blood. Davis has been awaiting execution since 1990. Justice delayed for 27 years is justice denied.

Stacey E. Johnson, 47, is scheduled to die for killing Carol Heath in 1993. He beat her, strangled her, and then for good measure slit her throat. Justice delayed for 24 years is justice denied.

Jack Harold Jones, Jr., 52, murdered bookkeeper Mary Phillips in 1995 while robbing the accounting office in which she worked. Mrs. Phillips was found naked from the waist down with the cord from the office coffee pot tied around her neck. Jones left Mary’s daughter Lacy for dead, but Lacy woke up as police photographed her. Justice delayed for 22 years is justice denied.

Marcel Williams, 46, suffocated young mother of two Stacy Errickson to death in 1994 after raping her. Williams abducted her when she stopped for gas, and forced her to drive around extracting $350 from various ATM machines. Police found her hosiery and her lunch cooler at a storage facility, then found her body, beaten and bound, in a park some two weeks later. Williams confessed to the killing and the jury took just 30 minutes to hand down the verdict. Justice delayed for 23 years is justice denied.

Jason F, McGehee, 40, was the lead attacker in beating 15-year-old Johnny Melbourne Jr. to death in 1996 for telling police who was behind a northern Arkansas theft ring. The boy was beaten and tortured in one house, then bound and taken to an abandoned farmhouse where he was strangled while his hands were bound with an electrical cord. Justice delayed for 21 years is justice denied.

Kenneth Williams, 38, was originally sentenced to life in prison for the 1998 murder of college cheerleader Dominique Hurd. After he was sentenced to life rather than to death, he actually taunted Dominique’s family in the courtroom. Less than a month after his conviction for her murder, he escaped prison by hiding in a container of hog slop. Once out, he killed Cecil Boren and stole his truck. He then ran into a water-delivery truck, killing the driver, during the police chase that led to his capture. Justice delayed for 19 long years is justice denied.

The Bible is also clear that when civil government allows people to skate for decades after having been justly convicted of murder, the result is that more and more innocent people will die as the restraint of the law against violence becomes an increasingly meaningless and theoretical concept.

As Solomon put it, “Because the sentence against an evil deed is not executed speedily, the heart of the children of man is fully set to do evil” (Ecclesiastes 8:11).