Home Christian Political News Morality: What is it good for?

Morality: What is it good for? 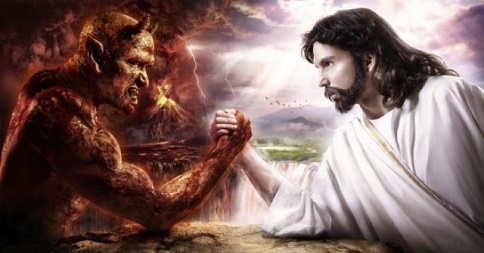 As the chips continue to fly off the rock that was once America, little by little an icon takes shape — a double stone tablet bearing ancient Hebrew letters, the foundation on which people — ordinary, troubled, imperfect people — have built the most successful of human societies. The Ten Commandments stand as the base of all moral concepts, and morality is the only condition on which we can be a free nation. Why? Doesn’t “free” mean we can do whatever we want to do?

No. Because, you see, humanity is a mess — can we agree on that? Left entirely to our own devices we run amok fairly quickly. Atheists and agnostics tend to blame God for that, which is logically puzzling, and shows a complete ignorance (or rejection) of Christian doctrines concerning the free will of man, his fall, and his salvation through Christ’s work on the cross. Even most Christians don’t seem to know much about the angelic conflict, which accounts entirely for the suffering and mayhem that is this world. And we are all anxious for explanation because each day’s news brings new horrors to light — a shooting in a school, a beheading on a beach, a baby force-fed to its own mother,.

So, if man is unlikely — as history clearly demonstrates — to manage on his own a benevolent, peaceful, prosperous existence, what are we to do? This is where morality comes in. You see, law can’t create a copacetic environment where everyone gets along, and no one hurts anyone else, and everyone gets a clean shot at successfully becoming all they can become. We’ve tried that. (I know of no way to get an accurate ratio, but I’d bet the United States of America boasts the largest number of laws, rules and regulations ever created by a nation.) And we claim to be a free people. Free to do what?

Free to choose to obey God. But we don’t. And what if we don’t? Doesn’t the 1st Amendment guarantee us the right to make that decision?

Yes — but. Most atheists I talk to assume that because they don’t believe in an Almighty God and because our government won’t force them to, that there will be no ramifications at all for that choice. There’s no understanding that their refusal to recognize God in no way removes Him from existence, in no way erases His sovereignty, His perfect justice, His reaction to being rejected by those He created.

Ever walk into a party and spot someone you really didn’t want to see, someone — an old girlfriend, an ex-husband, a person you’d hurt in some way? What’s our first instinct in situations like that? We pretend he or she is not there, maneuvering around the room keeping distance between us, as if we can wish him out of existence. But, we can’t. We can turn and run, but she doesn’t vanish. We can gather our misguided sense of outrage and make a scene, but that only makes things worse.

My point here is that we can, as many folks do today, pretend God isn’t there, that there are no attitudinal or behavioral expectations, that we can make it up as we go. But the consequences do not go away and no number of gay pride parades, no amount of media disdain, no convocation of condescending college professors can protect us from either the natural consequences of our actions or from the wrath of God. God hasn’t gone anywhere.

The Decalogue, presented to Moses on top of Mt. Sinai c1440 B.C., was the first written codification of God’s preferences for a nation’s moral behavior. Other nations had laws, but these ten parameters were different; no legal consequences are listed; it doesn’t say Thou shalt not steal and if thou dost thy hand will be summarily removed. The 2nd Commandment threatens disaster, but not until the 4th “generation of them that hate me,” but these are societal sanctions, not personal. Both the 2nd and the 4th offer rewards — for, again, the whole society. Later on, in the remaining 603 laws, some punishments are delineated, but not in the Decalogue. The punishments for disobeying those laws are outlined in Leviticus 26 and are aimed at the nation, not the individuals; the penalties affect the entire society because these divine rules were designed to protect the entire society.

So morality appears to be both a personal and a national issue, which is sensible since a nation is made up of individuals. We are not, however, as John Donne pointed out, islands unto our own. One person’s behavior affects another’s. We all influence each other and in this day of mass media those influences travel at the speed of light.

We can almost make a flow chart showing the paths through which the moral decline of America has traveled: from the church (ironic and horrifying as that might be) which early on began replacing morality and the love of God with social justice, to the schools where all societies, and all individual choices have been declared morally equivalent, to science which no longer used empiricism to learn about God and His creation, and instead used a warped version of the scientific method to erase Him, to the newsmen who learned in their schools to see journalism as a calling to change the world, not to merely record its events. These elements are now operating in sync, with the government backing it all.

I’d say Heaven have mercy on us, but we are, I fear, past that point. Let’s look at the last part of the 2nd law – “for I, the Lord your God, am a jealous God, visiting the iniquity of the fathers on the children, on the third and the fourth generations of those who hate Me,…” To the third and fourth generations? How many generations have we seen since the sexual revolution in the 60s? How many since we shoved God out of the schools? By my reckoning, time’s almost up.

What happens then? Look at the closing paragraph in Romans 1: 28 And just as they did not see fit to acknowledge God any longer, God gave them over to a depraved mind, to do those things which are not proper, 29 being filled with all unrighteousness, wickedness, greed, evil; full of envy, murder, strife, deceit, malice; they are gossips, 30 slanderers, [v]haters of God, insolent, arrogant, boastful, inventors of evil, disobedient to parents, 31 without understanding, untrustworthy, unloving, unmerciful; 32 and although they know the ordinance of God, that those who practice such things are worthy of death, they not only do the same, but also give hearty approval to those who practice them.”

Sound familiar? Earlier I mentioned Leviticus 26, and though I don’t have space to quote it all here, and though, like the Mosaic Law it was first given to Israel, we can peruse the five levels of national discipline and see that we are experiencing a lot of this already. Israel felt the brunt of these levels of punishment three times, each time resulting in death, destruction and expulsion from their land.

The historical fact is that the more people who choose to live according to the divine code of morality the more stable, prosperous, and free a society will be. The more people choose to denounce God (think of the last Democratic convention) and refuse to live by His instructions, the less stable, less prosperous and less free it becomes. Less stable because life becomes unpredictable — words no longer mean anything, logic is totally lost, and behaviors become erratic; people take to walking into schools and shooting students or parading down the street naked; less prosperous because the work ethic dissolves and public thievery — by the government, no less — becomes rampant; less free because those who won’t control themselves need to be controlled.

And here we are cutting down monuments to God’s law and teaching our students to deny Him. Here we are — flagrantly disobeying every sexual restriction, killing our babies, shrugging it off when our leaders lie to us, and inviting into our land the very people who will administer the death blow to us all.