NAFTA Is 20 Years Old, And Now The Trans-Pacific Partnership (TPP) 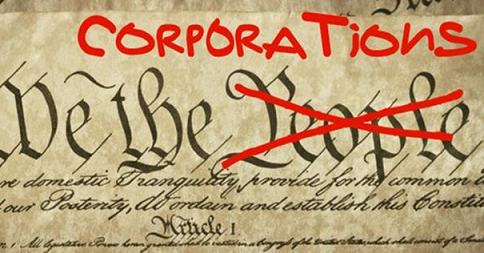 Back in the early 1990s, the North American Free Trade Agreement (NAFTA) was one of the hottest political issues in the country. When Bill Clinton was running for president in 1992, he promised that NAFTA would result in an increase in the number of high quality jobs for Americans that it would reduce illegal immigration.

Ross Perot WARNED that just the opposite would happen. He warned that if NAFTA was implemented there would be a “giant sucking sound” as thousands of businesses and millions of jobs left this country. Most Americans chose to believe Bill Clinton. Well, it is 20 years later and it turns out that Perot was right and Clinton was dead wrong.

But now history is repeating itself, and most Americans don’t even realize that it is happening. As you will read about at the end of this article, Barack Obama has been negotiating a secret trade treaty that is being called “NAFTA on steroids”, and if Congress adopts it we could lose millions more good paying jobs.

It amazes me how the American people can fall for the same lies over and over again. The lies that serial liar Barack Obama is telling about “free trade” and the globalization of the economy are the same lies that Bill Clinton was telling back in the early 1990s. The following is an excerpt from a recent interview with Paul Craig Roberts… I remember in the 90′s when former Presidential candidate Ross Perot emphatically stated that NAFTA (North American Free Trade Agreement) would create a giant “sucking sound” of jobs being extracted away from the U.S. He did not win the election, and NAFTA was instituted on Jan. 1, 1994.

Now, 20 years later, we see the result of all the jobs that have been “sucked away” to other countries. According to an article by the Economic Policy Institute on 1/3/14:

“Clinton and his collaborators promised that the deal would bring “good-paying American jobs,” a rising trade surplus with Mexico, and a dramatic reduction in illegal immigration. Considering that thousands of kids are pouring over the border as we speak, well, how’d that work out for us?

Many Americans like to remember Bill Clinton as a “great president” for some reason. Well, it turns out that he was completely and totally wrong about NAFTA. The following are 20 facts that show how NAFTA is destroying the economy…

#1 More than 845,000 American workers have been officially certified for Trade Adjustment Assistance because they lost their jobs due to imports from Mexico or Canada or because their factories were relocated to those nations.

#2 Overall, it is estimated that NAFTA has cost us well over a million jobs.

#3 U.S. manufacturers pay Mexican workers just a little over a dollar an hour to do jobs that American workers used to do.

#4 The number of illegal immigrants living in the United States has more than doubled since the implementation of NAFTA.

#6 It has been estimated that the U.S. economy loses approximately 9,000 jobs for every 1 billion dollars of goods that are imported from overseas.

#7 One professor has estimated that cutting the total U.S. trade deficit in half would create 5 million more jobs in the United States.

#8 Since the auto industry bailout, approximately 70 percent of all GM vehicles have been built outside the United States. In fact, many of them are now being built in Mexico.

#9 NAFTA hasn’t worked out very well for Mexico either. Since 1994, the average yearly rate of economic growth in Mexico has been less than one percent.

#10 The exporting of massive amounts of government-subsidized U.S. corn down into Mexico has destroyed more than a million Mexican jobs and has helped fuel the continual rise in the number of illegal immigrants coming north.

#11 Someone making minimum wage in Mexico today can buy 38 percent fewer consumer goods than the day before NAFTA went into effect.

#12 Overall, the United States has lost a total of more than 56,000 manufacturing facilities since 2001.

#14 We have fewer Americans working in manufacturing today than we did in 1950 even though our population has more than doubled since then.

#17 Because we have shipped millions of jobs overseas, the competition for the jobs that remain has become extremely intense and this has put downward pressure on wages. Right now, half the country makes $27,520 a year or less from their jobs.

#18 When adults cannot get decent jobs, it is often children that suffer the most. It is hard to believe, but more than one out of every five children in the United States is living in poverty in 2014.

#20 According to Professor Alan Blinder of Princeton University, 40 million more U.S. jobs could be sent offshore over the next two decades if current trends continue.

So if NAFTA is so bad for American workers, then why don’t our politicians just repeal it?

Well, unfortunately most of them are not willing to do this because it is part of a larger agenda. For decades, politicians from BOTH major political parties have been working to slowly integrate North America. The eventual goal is to turn North America into another version of the European Union.

The “highly integrated” forces of Canada, the United States, and Mexico, Petraeus continued, will become the world’s powerhouse for energy and science. “There are four revolutions that are ongoing at various levels in each of the countries but foremost in the United States,” said the former CIA chief, who now serves as chairman of the KKR Global Institute. “The energy revolution is the first of those, which has created the biggest change in geopolitics since the rise of China since 1978.” The other “revolutions” include IT, manufacturing, and life sciences, which, “as highly integrated as they are, allow you to argue that after America comes North America,” he added.

When you hear our politicians talk about “free trade”, what they are really talking about is integrating us even further into the emerging one world economic system. And over the past couple of years, Barack Obama has been negotiating a secret treaty which would send the deindustrialization of America into overdrive.

The formal name of this secret agreement is “The Trans-Pacific Partnership” (TPP), and it would ultimately result in millions more good jobs being sent to the other side of the planet where it is legal to pay slave labor wages. The following is a description of this insidious treaty from one of my previous articles…

Did you know that the Obama administration is negotiating a super secret “trade agreement” that is so sensitive that he isn’t even allowing members of Congress to see it? The Trans-Pacific Partnership is being called the “NAFTA of the Pacific” and “NAFTA on steroids”, but the truth is that it is so much more than just a trade agreement. This treaty has 29 chapters, but only 5 of them have to do with trade. Most Americans don’t realize this, but this treaty will fundamentally change our laws regarding Internet freedom, health care, the trading of derivatives, copyright issues, food safety, environmental standards, civil liberties and so much more. It will also merge the United States far more deeply into the emerging one world economic system. Initially, twelve nations will be a party to this treaty including the United States, Mexico, Canada, Japan, Australia, Brunei, Chile, Malaysia, New Zealand, Peru, Singapore and Vietnam. Together, those nations represent approximately 40 percent of global GDP. It is hoped that additional nations such as the Philippines, Thailand and Colombia will join the treaty later on.

Unfortunately, most Americans are as uneducated about these issues as they were back in 1994.

That is why we need to get this information out to as many people as we can. So what is your perspective on all of this? Please feel free to share your thoughts by posting a comment below…