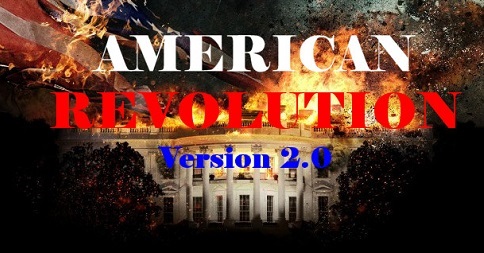 Conditions are ripe for a revolution in this country, and so perfectly ripened in fact, that it could be part of the show, but once that process begins it cannot be stopped, and the only guilty parties are those who created the conditions.

Many more Americans will soon be starving, because rather than this rich nation enjoying the thriving economy it deserves, we’re the victims of an economic attack, and millions of empty bellies can always be relied upon to cause political unrest. Money isn’t real anymore, and it can never be real when it exists in the thousands of trillions of units, and it won’t be traded for anything real when that cold dawn finally breaks upon the public consciousness. Paul Krugman and his ilk can spin old lies into new theories for the fools who still read newspapers, and they will undoubtedly result in a theoretical chicken in every pot, but theoretical chickens don’t fill empty bellies, and the violence will spread as fast as the hunger.

Another reliably contributing factor would be the blatant tyranny that’s descending upon us, as Americans can no longer deny that they have no freedom, privacy, or choices anymore, but instead everything is decided for them as is claimed to be necessary to fight off phantom terrorists, climate change, mass-shooters, or any other imaginary danger that can be used to scare a gullible population into compliance.

A sub-category of the blatant tyranny would be the police brutality. America’s police forces have been recruited, trained, and equipt to beat the population into submission as is necessary to prepare them for the permanence of this budding dictatorship, and they’re also the pawns who will pay the ultimate price should the people not surrender to it. Their lives are merely a bet made by billionaires.

The next condition involves the renaissance of thought that’s sweeping the nation, as every day, millions of new Americans discover that most of what they know about history and current events are lies, and that their brain is a warehouse of learned deceptions. As the faulty “knowledge” is speedily being replaced with truth, many of their “liberal” beliefs and opinions are being recognized for the political manipulations they are. As they move deeper into the learning process, their political opinions are changing drastically. They’re discovering how they’ve been deceived, and the truth doesn’t favor anyone who participates in the criminal operation we know as “government”, regardless of which party they belong to.

But of course, both historically and today, the underlying, and omnipresent factor in all revolutions is the addition of insult to the injuries that’s delivered by the arrogance of those in power. Their habitual practice of looking down their noses at the stupid, useless, worthless, and inferior population whose lowly position in life makes them unworthy of respect, dignity, human rights, or even an honest answer.

It’s visible in the face of a cop, as he nonchalantly douses students with pepper spray, or pumps bullets into anyone who dares disobey him. It pours from the mouths of politicians and journalists who seemingly rely on you being stupid enough to believe their endless stream of lies. It’s written into the doctor’s prescription of profitable poisons that promise to cure ailments that aren’t present, or create ailments if that healthy condition exists. Only inferior beings can be treated this way, and the nature of arrogance is such that the offender never sees his own display of the behavior, but instead believes his imagined superiority is something everyone should recognize and respect.

Wherever this grandiose delusion is allowed to fester, people are forced to fight just to be recognized as humans again, and the imagined superiority in this country has reached heights previously only achieved by Caesars. Our children exist to be harvested for the amusement of powerful pedophiles, and our own existence is only valued as a slave, or a consumer of corporate garbage. Anything we have can be taken to make a rich man richer, or in the case of our children, merely to amuse him sexually.

With all the above-mentioned conditions in place, all that’s required to produce an unstoppable tidal wave of violence is a little bit of hunger, and one precipitous event that represents the final straw.

Traditionally, police are the first targets of a revolution, because they’re the arm of the government that deals directly with the angry population, but people of all professions must realistically consider what a revolution in this country would look like, and how many hated people might get caught up in the cleansing process.

Justice will be doled out crudely, cruelly, and on a wholesale basis by mobs venting their anger, upon people they drag out of their homes. You’ll beg for mercy, and protest your innocence, and the guys tying your hands behind your back won’t listen to any of it. If a show is enacted to represent a “fair trial”, no one involved will be very precise about proving guilt, or concerned with hearing any defense argument, and there’s no hope of appealing their ruling.

Anyone who has a finger pointed at them can be sentenced and subjected to capitol punishment in less than a minute, just as a way of blowing off a little steam, and I dare say, that might actually be an improvement over the “justice” system we suffer under today.

The rope is thrown over a tree limb, or any convenient cantilever, the noose is secured around your neck, and up you go. The swinging motion will turn your stomach, which will already be knotted by knowing that you’re being killed. Your legs will kick frantically, panicked in their search for a ground that isn’t there. With no trap and gallows to break your neck upon falling, you’ll swing there until you suffocate, or pass out as a result of the arteries to your brain being restricted.

Your last glimpse of this world will be a crowd treating your death as just another minor accomplishment in a long day of work, as they turn their backs and move toward their next guilty party. As you swing like a pendulum and gasp for your last breaths of air, you’ll present a challenging target to young boys with slingshots, and all the while, you’ll never believe that you were guilty of anything, or did anything wrong. “Did you see that? I got him right in the eye. Gimmie another rock.”

It’s too bad that you never considered how your life, or your line of work might make you the enemy of someone else, or lots of other people. Aren’t you one of the doctors who murdered healthy children with chemotherapy so you can buy a bigger yacht? Or are you a corporate executive, who put Americans out of work so their jobs can be filled by foreigners? Are you one of the “journalists” who helped deceive us out of our country? Maybe you’re one of the financial fraudsters who stole the homes of hard working Americans, and forced them to live in storm drains. It doesn’t really matter. Anyone who wears a suit, a uniform, or a badge will probably deserve to die when mob psychology starts making all these judicial decisions.

Harsh, and brutal justice is part of the unfortunate nature of revolutions, because there’s a lot of work to be done before people can return to normal lives, but the extreme violence of a revolution is always justified, because populations always endure many years of abuse before it ever comes to that. Victims only become victims because in their arrogance, they’ve ignored all the warnings from the worthless, useless, and inferior people who deservedly exist somewhere beneath their feet.

When I try to imagine what a revolution would look like in this country, my mind always wanders back to Brooklyn, in 1977, when NYC suffered a three-day power outage, that’s now known as the infamous “blackout of 77″. I walked about twenty yards to fifth avenue to see how far the traffic lights were out, and before I got there the sound of breaking glass was coming from all directions. Tow trucks were ripping the gates off of stores, and then backing up through the store-front to load up the bed with merchandise. Every store was attacked, and all easily conveyed items were stolen. A police car moving slowly through the madness threatened to shoot anyone on the avenue over his P.A. speaker, but he was ignored, and the crowd kept looting. Young couples made their way down my block carrying new furniture, stereos, TV sets, and a man ran past me with a reclining chair on his head, thrilled about his new acquisition.

The following day people dragged couches and chairs from furniture stores and arranged them on the sidewalk, and in this outdoor living room they consumed all the beer they could find, which by this time was getting warm. There was an atmosphere of celebration covering the entire neighborhood as people enjoyed finally getting a taste of revenge for their lives of poverty. The store owners were evil because they had stuff, and the looters were good because they took it.

What amazed me most about this event is that a minute before it happened, it was just another uneventful, hot, summer day that was indiscernible from any other, and a simple lack of electricity somehow lit a fuse on a bomb that was waiting a long time to explode.

All Americans need to decide where they stand now, because once the fuse is lit, you don’t want to be on the wrong side of the wave. — Jolly Roger.

“Revolutions are not made; they come. A revolution is as natural a growth as an oak. It comes out of the past. It’s foundations are laid far back.” – Wendell Phillips.