The Savage Lands of Islam 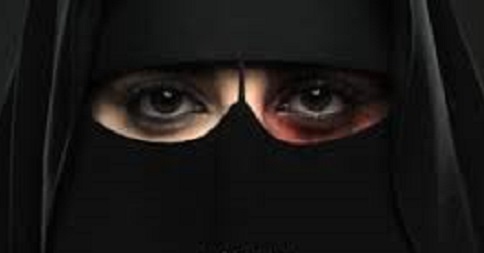 The Grand Mufti of Saudi Arabia ruled that ten year old girls can be married off, because in his words, “Good upbringing makes a girl ready to perform all marital duties at that age.”

The Mufti, who also called for destroying churches in the Arabian Peninsula, is descended from Mohammed Wahhab who gave birth to Wahhabism and whose descendants have controlled the Saudi religious establishment, and through it Islam around the world.

However for all his power and influence, the Mufti is blind and hasn’t seen a thing in the last half century years; an apt metaphor for his entire religion.

Saudi Arabia, the heartland of Islam, still tries and executes witches. What sort of religion can come out of a place that marries off ten year old girls and murders old women on charges of witchcraft? The sort that flies planes into skyscrapers, murders teenage girls for using Facebook and bases its entire society on a ladder with Muslim men at the top, Muslim women a few rungs below and everyone else somewhere at the bottom.

The Saudis are not an aberration, they are Islam in its purest and truest form. That is why Al Qaeda was founded by a Saudi and why Saudis, the wealthy citizens of a wealthy kingdom, are its best recruits. It is not poverty or oppression that moves them to kill, but wealth and privilege.

This is where Islam originated, whose brutality and cunning spread it across the world, whose clans killed each other, then killed or enslaved minority groups, and then embarked on a wave of conquest that destroyed countless cultures and left behind the seeds of hate of the wars we are fighting today.

Unlike Egypt or Syria, they were never colonized by European powers and the impact of Ottoman influence was limited. Oil has brought in massive amounts of money, but it has changed very little. There are limousines instead of camels, the slaves have foreign passports, though they are often still slaves, there is still a brisk trade in imported luxury goods, harems for princes and clans staggering under the weight of their indolent progeny.

Religiously, Wahhabism has done its best to recreate the “pure” Islam of its origins

Religiously, Wahhabism has done its best to recreate the “pure” Islam of its origins. Economically, oil has allowed the Gulf Arabs to prosper without reform or change. And if Mohammed were to ride out of the desert tomorrow, he would have little trouble fitting in, as soon as he developed a taste for Porsches. Anyone who wants to see the world as it was in Mohammed’s day can visit Saudi Arabia and see inbred clans, slave labor, veiled women and thugs enforcing the will of Allah on every corner.

But you don’t even need to visit Saudi Arabia because diluted forms of it can be found everywhere from Cairo to London and from Islamabad to Los Angeles. A hundred and fifty years after the United States freed its slaves, Muslim immigrants have brought back slavery, importing young girls to live as their slaves. Ninety years after American women won the right to vote, the ghosts of Islam tread the streets in sheets that hide their personhood and mark them as property.

The religious wars of the desert have not stayed there as the immigration Hegira has brought them here and everywhere. And that is the source of the Clash of Civilizations. Immigration has brought Muslims into closer contact with different cultures and religions who don’t defer to them or give Islam the privileged status that its adherents are used to enjoying.

To know the truth of this all you have to do is measure the respective tolerance levels of America against the average Muslim country. There is no comparison with even the more secular Muslim countries, not in law and not in public attitudes. The sole benefit of the Arab Spring has been to expose the fraud of the moderate Muslim country. Egypt’s transition to theocracy reminds us that a moderate Muslim state is a completely unrepresentative dictatorship. The alternative is majority Muslim rule.

The endgame of the Arab Spring and the immigration Hegira

The endgame of the Arab Spring and the immigration Hegira is to reduce the entire world to the level of Saudi Arabia. And that means eliminating outside influences in a long march to purification. Islamists know that they cannot enjoy complete cultural dominance over their own people until their rivals in the West are obliterated. To turn Egypt and Malaysia into Saudi Arabia, and to purify Saudi Arabia, the infidels must be brought down, their religions subjugated and their nations replaced with proper Islamic states.

Islamic leaders are under no illusion that religion is a spiritual matter, they know that it is a numbers game. Wage enough wars, terrorize enough nations, marry enough barely post-pubescent girls and use them to crank out an endless supply of babies, intimidate or trick enough infidels into joining up and you win. That was how Islam took over so much territory and spread around the world, that is how it is doing it again now.

Islam is not a spiritual religion, even its paradise is a materialistic place, a fantasy harem where the physical pleasures of life can be enjoyed without restraint. That gives it an advantage over Judaism and Christianity, just as it gives the Saudis and the Pakistanis an advantage over the Americans and Israelis. There is no angst in Islam, no spiritual seeking and no room for doubt. The marching orders are always clear and individual deeds and thoughts matter less than a willingness to always obey.

Islam came out of the desert and it has never left the desert, instead it has brought the desert with it along with its codes, its deep hatreds, its constant deprivation, its deceptiveness and its nomadic expansionism. Where Islam goes, the desert rises, its tents, its red knives and its insecurities. It was backward even at the time of its birth and it has only become more so, but its single-mindedness is an advantage in an age of effete leftectuals and eurocrats dreaming of a transnational world.

While the leftectuals dream of windmills, the Saudis hire foreigners to pump their oil and then sell it to them, the money goes to fund the Hegira, its mosques in every city from Dublin to Moscow to Buenos Aires and Toronto, the fatwas, the bombs, the websites where the masked faithful hold up AK-47’s, the Islamic science courses and sessions on learning to love the Hijab and then the Burqa,

The Saudis just want what everyone wants, for everyone to acknowledge their greatness and live like them. They can hardly be blamed for that when the West spends almost as much money promoting democracy and its own way of life to people who still execute witches and blasphemers. They may be savages, but they fell # backward into enough black gold to fuel a global religious war, and they’re using it cleverly and cunningly to transform our societies and wage war against us even while attending dinners at the White House. It’s smoother work than our diplomats are capable of.

You can hardly blame the desert bandits for being what they are, but you can blame the apostles of reason for preaching about a golden age of tolerance and enlightenment from every purloined pulpit and then turning away the heartland to a religion that is nakedly brutal and intolerant at home.

An honest look at Saudi Arabia, at its cruelty, its slaves, its intolerance of other religions and even of women

An honest look at Saudi Arabia, at its cruelty, its slaves, its intolerance of other religions and even of women, should be enough to tell even the dimmest Eton or Harvard grad exactly what the West is in for. No matter how many specialists in Muslim tolerance show up at universities, there is the Grand Mufti explaining that Mohammed commanded the eradication of Jews and Christians from the Arabian Peninsula, and therefore there can be no churches allowed there.

Even few apologists for Islam will defend Saudi Arabia for the simple reason that it is indefensible. The media will run the occasional story about the House of Saud’s commitment to reform, much as Charles Manson keeps committing to becoming a better person, but even they don’t really believe it. Yet even though Saudi Arabia is the heartland of Sunni Islam, and its fortunes shape and control mosques and teachings around the world, they insist on treating Islam and Saudi Arabia as two separate things.

It is brutally telling that the two centers of Islam, Saudi Arabia for the Sunnis and Iran for the Shiites, are genuinely horrifying places. Neither can remotely be associated with tolerance or human rights. It is simple common sense that the spread of Islam will make Western countries more like Saudi Arabia and Iran, rather than less like them.

If Saudi Arabia is not an example that we wish to emulate, then why must we bodily incorporate the religion of Mecca and Medina into London and Los Angeles? What other possible outcome do we imagine that there will be but fewer rights and more violence, dead women, abused children, bomb plots and polygamy?

There are two Islams. The real Islam of the Grand Mufti of Saudi Arabia and an imaginary Islam that exists only in the mosques of air and card table Korans of academics apologists and political pundits who have decided that Islam cannot be bad, because no religion can be bad, not even one which kills and kills, it must just be misunderstood.

But then why not tell the Grand Mufti that he has misunderstood his own religion, the religion that he and his ancestors have dedicated themselves to purifying and reforming back to its roots? Telling him that would be a dangerous thing on his own turf, but it would also be foolish. The Grand Mufti’s controversial statements contain nothing that Mohammed had not said.

Can the founder of a religion misunderstand his own teachings?

Islam is savage, intolerant, cruel and expansionistic, not due to a misunderstanding, but an understanding of the worst aspects of human nature. It is what it is and no amount of wishing will make it otherwise.

We have opened the door to the desert and a hot wind blows through into the northern climes. Either we shut the door or get used to living in the Saudi desert.