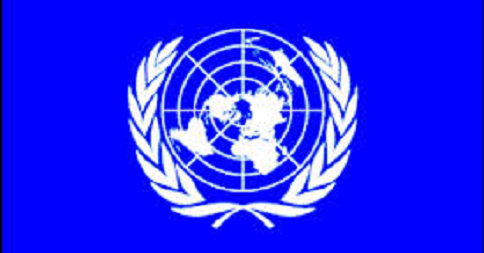 It is well established that the vast majority of United Nations member states pay far less in dues than the United States pays, but the disparity is greater than most realize. Taking U.N. travel subsidies into account, two dozen countries pay roughly $1,000 or less in net contributions to the U.N. regular budget each year while enjoying the same voting privileges as the U.S., which pays nearly $567 million.

No sovereign nation, no matter how poor, should pay so little. Worse, it undermines the incentives for these nations to oversee the U.N. budget properly. The U.S. should call for the elimination of the travel subsidy and for more equitable allocation of U.N. expenses among member states.

There are 193 member states in the United Nations. Article 17 of the U.N. Charter states that the “expenses of the Organization shall be borne by the Members as apportioned by the General Assembly.” Since the U.N.’s establishment in 1945, these expenses have been apportioned “broadly according to capacity to pay.” This means that wealthier nations, based principally on per capita income and adjusted by other factors, are asked to pay larger shares of the budget than poorer nations.

Over the past six decades, the contributions, or “assessments,” provided by poor or small U.N. member states have steadily ratcheted downward. Currently, the minimum assessment is 0.001 percent of the regular budget. The 39 countries paying the minimum assessment will pay only $25,852 in gross contributions in 2012, based on the 2012–2013 biennial U.N. regular budget of $5.152 billion.

By contrast, the U.S. is assessed 22 percent of the regular budget, which is nearly $567 million in gross contributions for 2012. The U.S. is assessed more than 180 other U.N. member states combined and 22,000 times more than the least assessed countries. Together, the top 15 contributors pay over 81.4 percent of the U.N. regular budget. Moreover, under U.N. rules, the 129 member states that contribute less than 1.3 percent can pass the budget over the objections of the countries paying over 98 percent.

This explains why so many member states are blasé about increases in the U.N. budget: The financial impact on them is miniscule and undermines incentives for them to fulfill their oversight role. This divorce of financial responsibilities from voting privileges is perhaps the greatest cause of the decades-long intransigence on U.N. reform.

The staff assessment deductions go into the Tax Equalization Fund (TEF), which is apportioned and credited to all U.N. member states. For member states that do not charge taxes on the earnings of U.N. employees, the credit is applied directly against their U.N. budgetary assessments, lowering their required annual payment. For member states that tax U.N. earnings—currently, only the U.S.—the amount of tax receipts from U.N. earnings is debited against their base staff assessment credit.

In addition to the stark discrepancies in U.N. assessments, 49 U.N. member states—the “least developed countries” (LDCs)—are eligible to receive subsidies for travel to the U.N. each fall. The latest budget allocated $2,203,600 for travel to the 67th and 68th General Assembly sessions, plus an additional adjustment of $50,600 for rate of exchange, inflation, and vacancy.

The idea behind this subsidy, and the incredibly low assessments of many U.N. member states, is that poor, developing countries do not have the financial means to send representatives to the General Assembly or pay anything more than token amounts for the U.N. regular budget. Indeed, the minimum assessment has been lowered several times to allow developing countries to “meet their priorities at home.”

Sadly, the leaders of these countries often fail to emulate this prioritization while in Turtle Bay. For instance, during the 2011 General Assembly, President Ernest Bai Korom of Sierra Leone reportedly occupied two entire floors of the Hyatt 48Lex. Rwandan President Paul Kagame stayed in the $16,000-per-night presidential suite at the Mandarin Oriental in 2011 according to another news report.

Moreover, this extravagance is not unusual, which raises basic questions about the necessity of the travel allowance. If a country needs $23,000 in travel allowances from the U.N. budget, how can it afford tens of thousands of dollars in hotel bills?

As one U.N. expert observed, “Surely it should not cost a nation less to belong to the UN than an individual to go to college or to buy a car.” In reality, this is a gross overestimate for many U.N. member states. This vast disparity between financial obligations is a key reason why U.N. reform and budgetary restraint are so difficult. To help instill budgetary awareness and incentives for restraint and reform, the U.S. should:

◾ Suggest eliminating the staff assessment and the TEF. This would increase budgetary transparency and result in an immediate 8.6 percent cut in the regular budget on paper. It would not affect any current U.N. programs or the net contributions of any member state except the U.S. Moreover, it would not affect the net remuneration of U.N. employees unless they are U.S. taxpayers, who would be subject to U.S. taxes.

◾ Call for eliminating the LDC travel allowances during U.N. budget deliberations. These allowances are unnecessary and exacerbate the disparity in financial obligations among member states.

Although the U.S. may meet resistance to these changes, increasing the financial stake in the budget for most U.N. member states is critical to improved budgetary oversight and scrutiny.