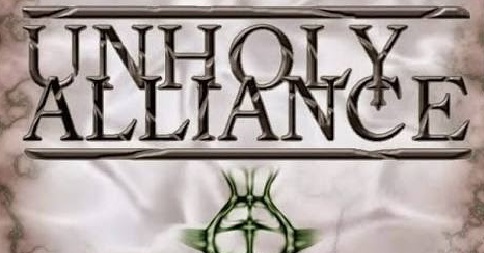 Thornton-Cleveleys Though they are officially “non-profit” organizations, Catholic Charities, Lutheran Social Services, and several other Christian organizations are profiting from lucrative contracts with the federal government to resettle refugees in the United States.

Of the 100,000 refugees resettled in the United States in 2014 under the Refugee Resettlement program, an estimated 40 percent were Muslims.

In FY 2015, the State Department, through the Bureau of Population, Refugees and Migration and the Office of Refugee Resettlement, spent more than $1 billion on these programs, which settled international refugees “vetted” by the United Nations High Commission on International Refugees in all 50 states and the District of Columbia. The federal government spent hundreds of millions of dollars more than that on refugees, however. The Department of Health and Human Services also provided a number of “entitlements” to these refugees.

Much of this $1 billion in annual revenue goes to voluntary agencies (VOLAGs), several of which are Christian non-profits, such as Catholic Charities, Lutheran Social Services, World Relief Corporation, Church World Service, and Domestic and Foreign Missionary Service of the Episcopal Church of the USA. (also referred to as Episcopal Migration Ministries), who are contracted on behalf of the government to help these refugees get settled in their new homes in America.

Five of the top nine VOLAGs are Christian non-profits. The other four are Hebrew Immigrant Aid Society, International Rescue Committee, US Committee for Refugees and Immigrants, and the Ethiopian Community Development Council.

After providing three to four months of resettlement services to these refugees, having been well compensated for their assistance services, these Christian non-profit VOLAGS stop providing services and are not required to keep track of their location within the United States.

As Ann Corcoran wrote recently at Refugee Resettlement Watch, the arrangement benefits the VOLAGs but provides little comfort to Americans worried about the national security implications of bringing in so many unvetted refugees:

Refugee resettlement is profitable to the organizations involved in it. They receive money from the federal government for each refugee they bring over. They have almost no real responsibilities for these refugees. After 4 months the “sponsoring” organization is not even required to know where the refugee lives.

A good percentage of the revenues of these Christian “non-profit” organizations, many of which were originally established to provide charitable services to the poor already within local American communities, now comes from their work as subcontractors to the federal government to relocate these foreign, often Muslim, refugees.

In effect, critics argue, these VOLAGS have become agents of the federal government whose new mission is to import terrorism to the United States under the false flag of Christian compassion.

As Refugee Resettlement Watch reported, there are multiple ways for these VOLAGs to generate revenue from this program:

a. $1,850 per refugee (including children) from the State Department.

c. The Volag pockets 25 percent of every transportation loan it collects from refugees it “sponsors”.

d. All Volag expenses and overhead in the Washington, DC HQ are paid by the U.S. government.

The program is so lucrative that in some towns the Catholic Church has lessened support for traditional charity works to put more effort into resettlement. It uses collection offerings to promote the refugee resettlement program.

Despite claims that these Muslim refugees have been “vetted” to keep out terrorists, numerous reports, including those by the Department of Homeland Security and FBI, indicate that this process is flawed, especially for refugees from countries like Syria, where virtually no data bases to perform background checks exist.

Of the approximately 2,000 Syrian refugees who have come to the United States over the past several years, an estimated 97 percent are Muslim.

President Obama wants to bring in an additional 10,000 Syrian refugees to the United States in FY 2016 (which ends September 30, 2016). At least 26 governors and the vast majority of Americans oppose this plan on national security grounds, but the President is doubling down.

Indeed some reports, which GOP Presidential frontrunner Donald Trump has been referencing frequently, indicate that the President wants as many as 65,000, and perhaps up to 250,000 Syrian refugees in the United States in the very near future.

President Obama and Sen. Elizabeth Warren (D-MA) of the far left Democrats and Speaker Rep. Paul Ryan (R-WI) of the establishment GOP use the same language to dismiss opposition to the entry of these almost-exclusively-Muslim Syrian refugees.

“That’s not who we are,” they say, claiming that it is “Un-American” to deny entry to the country to a group of refugees, 97 percent of whom are Muslim, and potentially 10 percent are ISIS sympathizers.

Obama, Warren, and Ryan all fail to acknowledge that the current population of the United States is barely one percent Muslim.

The likelihood that some number of these Muslim refugees—whether from Syria, Iraq, Somalia, or any of the other predominantly Muslim countries that send refugees to the United States—are Islamist terrorists is very high.

Another recent poll indicated that 13 percent of Syrian refugees coming to the United States “have a positive” or “positive to some extent” view of ISIS.

Since 1980, an estimated three million international refugees have entered the United States through this program, or approximately 100,000 per year for 35 years. Until 1990, very few Muslims were brought in. Since then, about 40 percent of refugees have been Muslim. In those 25 years, more than one million Muslims have been brought to the United States through this program.

Over the past five years, 680,000 green cards have been issued to Muslim immigrants (not all of whom came to the U.S. under the Refugee Resettlement program).

In 12 states that are designated as participants in “Wilson Fish” alternative programs, these programs are subcontracted exclusively to the VOLAGs. This program was established under the 1984 Wilson Fish amendment to the Immigration and Naturalization Act.

This federal government website describes the program, as well as the VOLAGs in the 12 Wilson Fish states where they operate with virtually no oversight by the governments of the local states. Those VOLAGs, by state, are:

Massachusetts: Office for Refugees and Immigrants

VOLAGs are also used as subcontractors in some of the 37 states (and the District of Columbia) where these programs are administered by the state governments, where VOLAG subcontractors are also involved.

The irony is that these leading private Christian charitable organizations which were organized to serve their local communities have now really lost much of their original purpose and have become agents and supporters of the Federal government bureaucracy’s efforts many see as an attempt to Islamicize America.

They are now no longer agents of private charity, but a new version of federal government “Beltway Bandits.”

That they are now no longer private Christian charities but instead well paid subcontractors of the federal government who want to keep the national security threatening Refugee Resettlement that pays them going is demonstrated by how heavily they rely on federal funding.

Catholic Charities has grown into a huge $3.8 billion operation with more than 65,000 employees. Half of its funding–$2 billion–comes from the Federal Government, through the Office of Faith Based Initiatives. A portion that funding… estimated at in excess of $70 million, is part of the more than $1 billion the Federal Government Spends on the Refugee Resettlement program

As Refugee Resettlement Watch reported recently after examining FY 2012 annual reports of these five Christian non-profits, they would all be hurt severely if the $1 billion refugee resettlement gravy train ended for them:

This gets tricky. Apparently EMM (or now known as Domestic and Foreign Missionary Society of the Protestant Episcopal Church of America), does not produce a Form 990 (no response from them to a recent inquiry was received) nor do they publish their federal income in their annual report.

The only accounting we could find is an independent auditor’s report that reveals they received $17,365,325 from the federal government for their refugee program in 2012.

Further examination by a qualified accountant would be needed to find out how they spent the $17 million.

The national security concerns surrounding the Syrian refugees has not prompted these Christian non-profit VOLAGs to reconsider their refugee resettlement programs. Instead, as Refugee Resettlement Watch reported on Friday, they have just launched a massive public relations campaign to change the minds of the majority of Americans, whom three major polls show oppose letting any more Syrian refugees in the country.