Home Christian Political News Why Worry When You Can Pray

Why Worry When You Can Pray 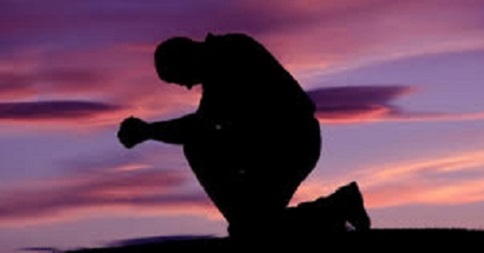 I am often asked, “How can you stay focused so intently upon the situations and circumstances surrounding America’s current condition of managed decline without succumbing to the mind-chilling depression it warrants?”

How can I watch with the contextual awareness of an Historian the seemingly unstoppable advance of the progressives in their quest to re-build America in their own image without falling victim to the lure of apathy and the thrill of the games?

What is it that allows me to gaze daily at the man-caused disasters which befall us as we morph from our nation to the Obamanation without embracing the nihilism so common to the citizens of falling empires?

There is one common solution to these apparent paradoxes. There is one answer to these discomforting questions. Because there is one name that stands above all nations, all circumstances, and all names and that name is Jesus.

If it wasn’t for my rock solid faith in Jesus I would despair. If it wasn’t for my faith in Jesus I would turn away from the shame of our surrender, the enormity of our decline and the potential of our looming defeat. As a believer in limited government, personal liberty and economic freedom without Jesus I would give up. I would look at the reality of our situation and admit the subjugation of my nation to this band of looting utopians who have gathered the reins of power and are leading us like sheep to the slaughter into a dystopian future of unlimited government, personal servitude, and a centrally-planned economy.

However, I do have Jesus as my personal Savior. I confess Him as my Lord and Savior. I believe that God has raised Him from the dead, and that He will come again.

Yes, I follow current events, the History of the Future, like a housewife follows her people on any other soap opera. I tune in every day to see what new perils Lady Liberty faces, and what dastardly deeds Simon Lagree Obama will perpetrate upon the chained and restrained citizens who watch helplessly as their nation floats on an ice flow of freedom constantly melting beneath them. Yet, just like those readers of Uncle Tom’s cabin so long ago, I have my Tom. I have my joy and the lifter of my head. I have Jesus. So I know that no matter what happens here and no matter what may happen to me or mine He will be my reward.

The followers of some other religion who say they are a religion of peace may have declared war upon us. They have adopted a policy of convert or die. However, I know that Jesus has already won the war. I know that He has already died for me and though this body may perish He has already done all the dying I will ever have to do.

It was not always this way. Yes, I have always been obsessed with current events. Yes, I have always studied History, economics, and political science. Yes, I have always been aware of the context and the goal of the Progressive horde. However, there was a time when I didn’t have this hope that lives inside of me. There was a time when the thought of being a pawn in a rigged game, being the citizen of an occupied nation sold by uninformed voters to demagogues intent upon the subversion of the Constitution drove me to despair. Watching the incremental surrender caused me to embrace a philosophy of militant apathy. I didn’t care and I couldn’t stand anyone who did.

This led to a hollowness that made any success or pleasure I experienced seem futile and merely a diversion. I was an atheist. I didn’t believe in God. I didn’t believe in spirits. All I believed in was what I could see, and all I could see was the decay of something once promising: the selling of the land of the free and the home of the brave for a bowl of pottage called entitlement. At the age of thirty I had reached my limit. I was convinced nothing meant anything. I was sure that my nation on its way to freedom had turned around and looked longingly at the chains of tyranny they had broken and was turning before my eyes into a pillar of salt. It seemed no one could read the handwriting on the wall, and I was playing the fiddle while Rome burned.

Then one day as I went about my work saying this to myself over and over, I heard someone say, “Why don’t you try Jesus.” As a devout believer in Militant Apathy and a devout non-believer in everything else I turned to follow my regular pattern of smashing in the face of anyone foolish enough to mention Jesus to me, and no one was there. I was in a church for a secular reason at the time and there was no one else in the entire building. I know because I looked. I had distinctly heard an answer to my perennial question, “Why don’t you try Jesus” yet I knew no one else was there.

As an atheist who didn’t believe in anything except the visible, that was, to say the least, disconcerting. I started attending that church the next week. It was Christian church. I knew from my youth, the Christianity which I had rejected in that same youth was built upon the Bible, so I started reading.

I read Mathew, Mark, Luke, and john. By the time I finished John I knew I had to make a decision. All of this was either true or it was false. If it was false it was just another lie in a world filled with lies. But if it was true it was the most important truth in the world. I knew from my study of History that many of the early followers of Jesus including Matthew, Mark, Luke, and John were killed because of their faith. I also knew that each of them had been given the opportunity to reject Jesus, admit what they had written and what they preached was lies and live, or they could affirm the truth of what they said and die. I knew they had all chosen death rather than say it was a lie.

Then I reasoned, if this story, this good news about a God who became flesh, paid the price of all sin by dying a sinless death upon a cross, and who purchased our everlasting life by defeating death rising from the grave was a lie they would have known it since they wrote it. They would have known there was no Savior, no salvation, and that their death would have been final. They would have known all this, and they would have chosen life over death. They didn’t. They chose death in this life, because they believed in a life after this life: the life their writing told us about.

At that moment I asked Jesus to be my Savior. Suddenly a light burst forth in my being that has never gone out. A joy replaced the sadness. Hope replaced depression as I chose life over death, and I have spent every day since then trying to live for Him because He chose to live for me. Since that day it has never been about who I am but about what He’d done, and not about what I’ve done but about who He is.

Jesus Christ my Lord and Savior.

If you are overwhelmed by the calamity which is looming in our future, by the soul crushing sadness of living as citizens of a city on the hill that is committing suicide before our eyes. . .

Turn your eyes upon Jesus,
Look full in His wonderful face,
And the things of earth will grow strangely dim,
In the light of His glory and grace.
So why worry when you can pray….;—)